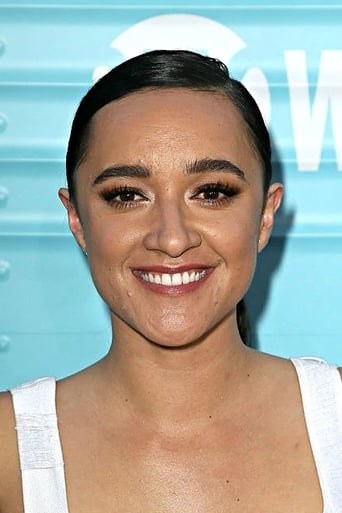 Keisha Castle-Hughes (born 24 March 1990) is a New Zealand film actress who rose to prominence at the age of eleven when playing Paikea "Pai" Apirana in the 2002 film Whale Rider. The film was nominated for many awards, including an Academy Award for Best Actress of which she was the youngest female nominated in the Best Actress category and an award at the Broadcast Film Critics Association Awards for Best Actress, which she won in 2004. Since she made her film debut, Castle-Hughes has appeared in various films including Hey, Hey, It's Esther Blueburger (2008), New Zealand tele-movie Piece of my Heart (2009) and a small role in Star Wars Episode III: Revenge of the Sith (2005). She also played the main role of the Virgin Mary, in the film The Nativity Story in (2006). Description above from the Wikipedia article Keisha Castle-Hughes, licensed under CC-BY-SA, full list of contributors on Wikipedia.