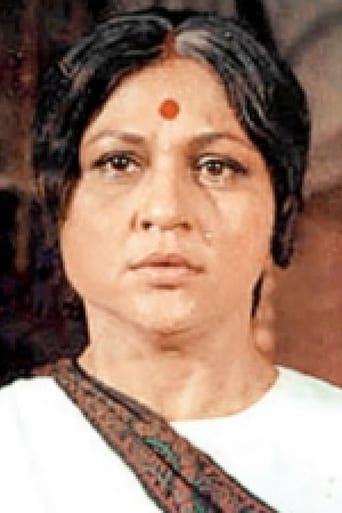 Nirupa Roy (born Kokila Kishorechandra Bulsara) was an Indian actress who had appeared in Hindi films. Noted for her portrayals of tragedy and sorrow, Roy was idolized for her acting ability,and was often called the "Queen of Misery" in Hindi film circles. Roy was active from 1946 to 1999, and was best known renowned for playing motherly roles. Roy appeared in over 250 films, and won three Filmfare Awards throughout her career, as well as being nominated for one. In 2004, Roy received the Filmfare Lifetime Achievement Award. From Wikipedia, the free encyclopedia