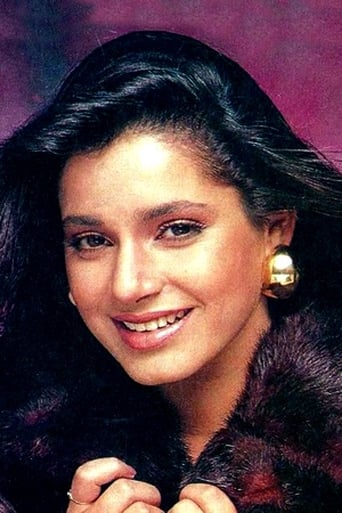 Neelam Kothari is a former Indian actress and an established jewellery designer. After her early childhood in Hong Kong, her family moved to Bangkok and Neelam was holidaying in Mumbai and was approached by Ramesh Behl. She decided to give it a shot and did Jawaani in 1984 alongside Karan Shah (Tina Munim's nephew), but the film became a flop. She soldiered on ahead and became famous in 1986 in the film Ilzaam opposite another debutante Govinda. She went on to make a regular pairing with Govinda in movies such as Love 86 (1986), Khudgarz (1987), Hatya(1988), Taaqatwar (1989) and Do Qaidi (1989). She also Starred in the 1987 Hit film, Aag Hi Aag opposite Dharmendra and Chunkey Pandey and directed by Shibu Mitra. Since then she made many other movies in the late 1980s and early 1990s met with mixed success including Ek Ladka Ek Ladki starring opposite Salman Khan. She is also noted for her appearance in the 1998 movie Kuch Kuch Hota Hai where she appeared as herself in the movie playing a VJ. In 1999 she appeared in the multi-starrer family film Hum Saath-Saath Hain: We Stand United.