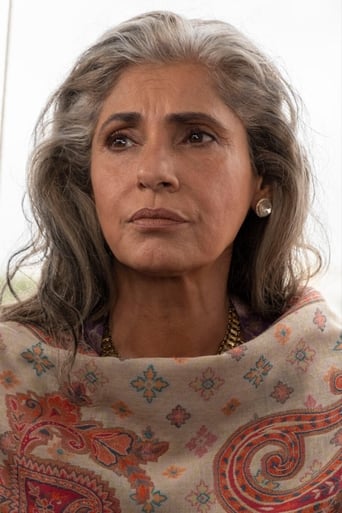 Dimple Kapadia (born 8 June 1957) is an Indian film actress who predominantly appears in Hindi films. She was launched by Raj Kapoor at age 16, playing the title role in his teen romance Bobby (1973). In that same year she married Indian actor Rajesh Khanna and retired from acting. Kapadia returned to the film industry in 1984, following her separation from Khanna. One of her films of that period was the drama Saagar (1985). Both Bobby and Saagar won her the Filmfare Award for Best Actress. She went on to establish herself as one of the leading actresses of Hindi cinema in the 1980s. Initially recognized as a national sex symbol, Kapadia was keen to avoid being stereotyped and expand her range of acting roles. She subsequently took on more serious parts in a range of film genres, from mainstream to parallel cinema, and received acclaim for her performances in such films as Kaash (1987), Drishti (1990), Lekin... (1990), and Rudaali (1993), which earned her a National Film Award for Best Actress and a Filmfare Critics Award for Best Actress. She followed with supporting roles in Gardish (1993) and Krantiveer (1994), the latter of which garnered her a fourth Filmfare Award. Kapadia continued working infrequently through the 1990s and the 2000s. She played a minor part in Dil Chahta Hai (2001) and was noted for her portrayal of the title role in the American production Leela (2002). Some of her later film credits include leading roles in Hum Kaun Hai? (2004), Pyaar Mein Twist (2005), Phir Kabhi (2008) and Tum Milo Toh Sahi (2010), and supporting roles in Being Cyrus (2005), Luck by Chance (2009), Dabangg (2010), Cocktail (2012) and Finding Fanny (2014). Kapadia is the mother of Twinkle Khanna and Rinke Khanna, both former actresses.