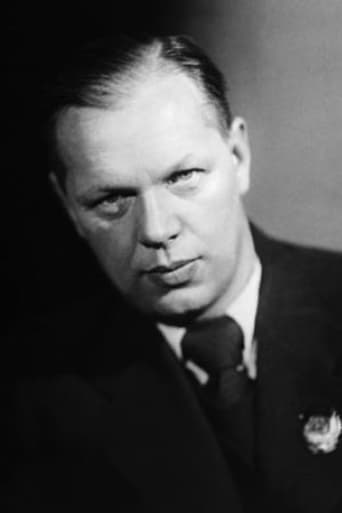 ​From Wikipedia, the free encyclopedia Nikolay Pavlovich Okhlopkov (15 May 1900 – 8 January 1967) was a Soviet actor and theatre director who patterned his work after Meyerhold. He was born in Irkutsk, Siberia and started his acting career there in 1918. Since 1930, he directed the Realistic Theatre in Moscow, although his directing style was hardly realistic: he was the first to place spectators on the stage around the actors, in order to restore intimacy between the audience and the company. In 1938, his theatre was closed and he moved to the Vakhtangov Theatre. In 1943 he established the Mayakovsky Theatre, which continues his traditions to this day. Okhlopkov was awarded the Stalin Prize and four USSR State Prizes. He also directed a production of Hamlet at the Moscow Art Theatre in 1954, the first time this play was staged there since World War II. Okhlopkov died at Moscow in 1967. Description above from the Wikipedia article Nikolay Okhlopkov, licensed under CC-BY-SA, full list of contributors on Wikipedia.