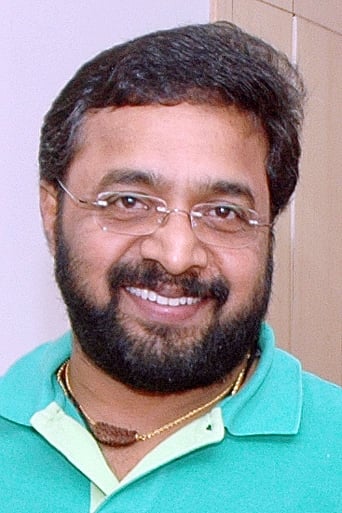 Renji Panicker is an Indian journalist, script writer, producer, actor, and director best known for his Malayalam films. He made his debut as a director with Bharatchandran IPS in 2005. A firebrand script-writer and director of Malayalam cinema, Renji Panicker, popularly known as Renji began his career as a journalist. After completing his master's degree in journalism from Kerala University, Renji started off as a reporter for several magazines and publications. It was during an interview, while working for Chithrabhumi, a film magazine, that he met director Shaji Kailas, which led him into the world of cinema and within a short time became one of the most guaranteed scriptwriters of Malayalam cinema. Renji scripted several commercially successful films for Shaji Kailas, including Dr. Pasupathy (1990), Thalastaanam (1992), Sthalathe Pradhana Payyans (1993), Ekalavyan (1993), Mafia (1993), Commissioner (1994), and The King (1995). It was the Renji Panicker-Shaji Kailas team that turned actor Suresh Gopi into a bankable lead actor during the early-1990s. He's also popular for his collaboration with director Joshiy, which includes the films Lelam (1997) and Pathram (1999). He later switched over as a film director and has directed two films. He is also one of the managing director of the Malayalam newspaper Metrovaartha. Renji has acted in several cameo roles for his own films. However, he gained popularity as an actor for his full-length role in the film Ohm Shanthi Oshaana (2014). He has gone on to act in other successful films, including Njaan (2014), Munnariyippu (2014), Aadu (2015), Premam (2015), Loham (2015), and Jacobinte Swargarajyam (2016).