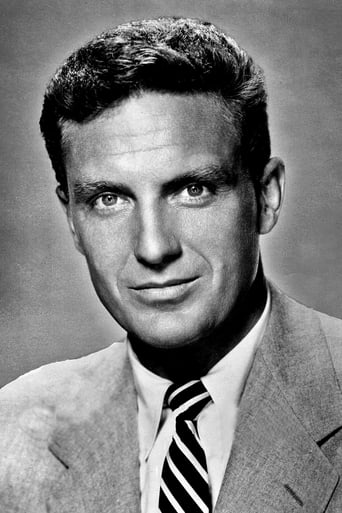 Robert Langford Modini Stack was a multilingual American actor and television host. In addition to acting in more than 40 films, he also appeared on the television series The Untouchables and later served as the host of Unsolved Mysteries. Born in Los Angeles, California, Stack spent his early childhood growing up in Europe.  Becoming fluent in French and Italian at an early age, and he did not learn English until returning to Los Angeles.  Stack achieved minor fame in sporting, winning multiple championships including setting two world records and winning multiple honors in skeet shooting Stack studied drama at Bridgewater State College, earning his first hollywood role at the age of 20 and continuing to star in numerous roles throughout the early 1940s. After serving in the military, Stack returned to Hollywood to star in numerous films including stand out roles in The High and the Mighty (opposite John Wayne) and Written on the Wind (1957), for which he was awarded an Academy Award for Best Supporting Actor. Stack later moved on to televised dramatic series, depicting the crime-fighting Eliot Ness in The Untouchables (1959–1963), which earned him a best actor Emmy Award in 1960. Stack also starred in multiple drama series, before returning to film, this time in comedies to satirize his famed stoic and humorless demeanor. He began hosting Unsolved Mysteries in 1987, and served as the show's host throughout it's entire original run from 1987 to 2002.