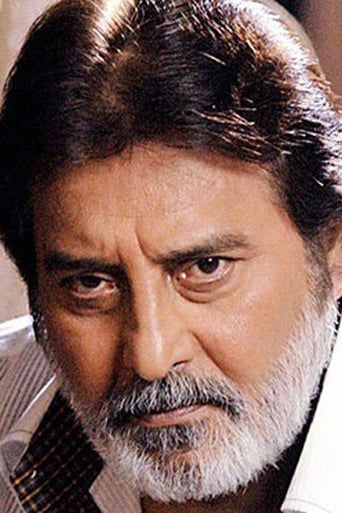 Vinod Khanna (6 October 1946 – 27 April 2017) was an Indian actor and producer of Bollywood films. He was the recipient of 2 Filmfare awards. He was also an active politician. He was the sitting MP from Gurdaspur (between 1998-2009 and 2014-2017). He had advanced cancer of the bladder. Vinod Khanna acted in lead roles in many superhit films and is best remembered for his performance in films like Mere Apne, Mera Gaon Mera Desh, Gaddaar (1973 film), Jail Yatra, Imtihaan, Muqaddar Ka Sikandar, Inkaar, Kuchhe Dhaage, Amar Akbar Anthony, Rajput, Qurbani, Kudrat, Dayavan, Kaarnama, Suryaa: An Awakening and Jurm. After making his debut in 1968, Khanna first acted in small second lead roles or negative roles. His angry young man role in the movie Mere Apne, his negative role as the main villain in the superhit movie Mera Gaon Mera Desh and his role in the crtically acclaimed movie Achanak based on K. M. Nanavati v. State of Maharashtra, as the military officer turned fugitive. In 1982, at the peak of his film career, Khanna temporarily quit the film industry to follow his spiritual guru Osho Rajneesh. After a 5 year hiatus, he returned to the Hindi film industry giving two back to back hit films Insaaf and Satyamev Jayate. Khanna is popularly hailed as one of the most handsome lead actors ever in Bollywood.